WASHINGTON DC (February 5, 2020) – In a detailed and forceful filing today, INCOMPAS, the internet and competitive networks association, came out swinging against the FCC’s proposal to end bipartisan competition laws which would raise prices and cut off the bridge to broadband utilized by millions of Americans.

*To read a copy of the INCOMPAS filing, click here.

In December, the FCC voted to move forward on a controversial Notice of Proposed Rulemaking (NPRM) written to eliminate competition laws that help connect urban and rural communities to new, competitive networks. The move stunned competition advocates for two reasons.

First, there is universal agreement that the FCC’s broadband maps are badly broken. However the Commission plans to rely on data they know to be flawed in order to justify cutting off competition in urban and rural markets. INCOMPAS calls the broadband maps inaccuracy ‘indisputable.’ “The big telecom companies agree that millions of locations in rural America are being mischaracterized as served. But while they are demanding new maps for more government subsidies, they want the FCC to rely on flawed maps for competition-killing price hikes. They can’t have it both ways,” Pickering said.

Second, the FCC’s effort to reduce competition and choice in broadband service in this proceeding clearly runs counter to the Commission’s actions in other proceedings to enable high-speed broadband, future-proof networks, and 5G deployment. In fact, the FCC just completed an 18-month forbearance proceeding, and after review of the very same record, USTelecom withdrew its request to cut off competition. That record includes letters from over 11,000 customers in 36 states who depend on competitive broadband providers’ networks for faster speeds, lower prices, and better customer service.

The INCOMPAS filing states: “Evidence from the forbearance proceeding shows that the Bridge 2 Broadband/UNEs have spurred, rather than delayed, the deployment of fiber and broadband services, including in areas where the large incumbents have not upgraded their own facilities.”

In addition to deployment and 5G, INCOMPAS also warned of the impact cutting off competition and raising prices will have on small businesses and government agencies – including public safety officials – who depend on competitive networks that utilize the bridge to broadband for taxpayer savings and connecting our troops in the field.

*To learn more about the Bridge 2 Broadband please WATCH.

INCOMPAS, the internet and competitive networks association, is the leading trade group advocating for competition policy across all networks. INCOMPAS represents Internet, streaming, communications and technology companies large and small, advocating for laws and policies that promote competition, innovation and economic development. Learn more at www.incompas.org or follow us on Twitter: @INCOMPAS @ChipPickering

As reported by Jeff Sharp, jeff@themanitou.co. 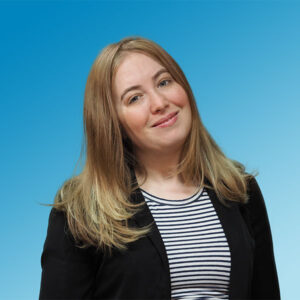 Lauren is a Content Writer and SEO Specialist for TelNet Worldwide. When she’s not diving into data centers or SIP Trunking, Lauren writes TV scripts and builds music playlists for fun.

Many businesses across the country are being impacted by the discontinuation of copper networks at phone companies. Check out these FAQs to learn more about changes in the marketplace.
Learn More

Our mission has always been to be technology-focused, but people first. TelNet has unique policies that make it better than your other customer support experiences.
Learn More